LeBron delivers! The Cavaliers became the first team to ever overcome a 3-1 deficit to win an NBA Championship! The 2016 title also marks the city’s first major sports championship since 1964. Congratulations Cleveland!

For hot-market projects I have to create final artwork for all other teams who were still alive upon my deadline. The tabs below shows the other teams approved files. Click images to enlarge.

My idea was to have a rim and net feel that plays off the cylindrical shape of the tumbler with a basketball going through. We used Golden State as the team to comp up as they were the favorite going into the playoffs. Every team had unique callouts that I had to keep in mind in building the layouts. From changing the banner art to creating team specific logos all of this was part of the project. 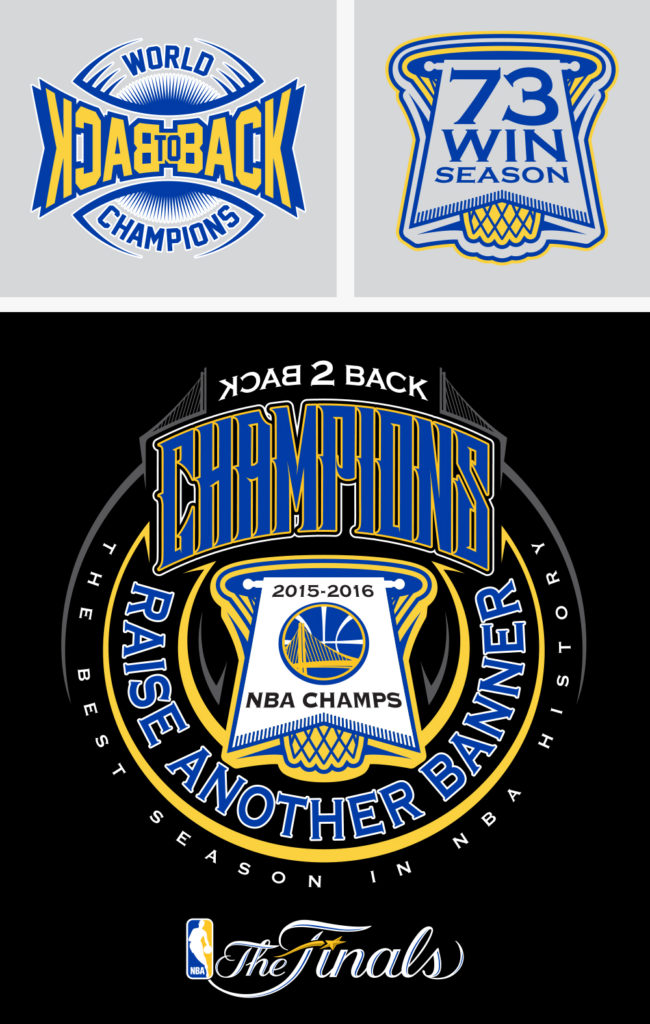